This page is under construction. Contact Jim Dudley with editing suggestions. Contact Bob Root with suggestions for additional anecdotes and captions for pictures. Thanks. JCD

That was a great story that Jim Hurst wrote about how we got started and what made us successful. I had forgotten about it. Jim is a good writer. He is also the author of a flight training manual which was the club’s primary training syllabus for many years.

I think it’s important to know our history in order to understand how we got here and how we can continue in the future. You can see from Jim’s article that it took a lot of vision, sweat equity and creative financing.

After we acquired “The Farm” we needed bathrooms and a shower as well as a club house to meet in. Under Henry Meyerrose’s direction we installed the bathrooms in a rear room of the farm house. We had a number of buildings on the property, including an old 10 by 20 foot chicken coop which we decided could be fixed up for a club house.There were decades of stuff the chickens had left behind that had to be shoveled out. A new floor was put in, some insulation and wall paneling installed, and we had a club house.

As time went on additions were put on until Walt Herrman one day hung a sign on the door naming the place “The Sow’s Ear”—as in you can’t make a “silk purse” out of it.

We decided we really needed a decent building so we started a campaign to get members to buy more stock. Enough was raised to build a 30 by 40 foot building and the chicken coop was torn down.The bar-b-que pit sits where the coop was located Max Marshall and Bob Halley put in the electrical wiring and members laid the tile floor. Electric baseboard heat was put in, but expensive to use so we decided we needed a fireplace —one thing we had plenty of was fire wood, and for many years John Bernacki keep us in split firewood.

Earlier we had the old dairy barn taken down and hauled away. It was too far gone to fix and we got a man to completely remove it for the lumber at no cost to us. But we kept one hand hewn beam for our fire place mantle and after 2 or 3 weekends we had a great fireplace built. Years later a kitchen, bathrooms and a large outdoor pavilion was added.

Some of our financing materialized in different ways. From the beginning we have leased 40 acres to a farmer and for some years the revenue paid the taxes.We even had a tobacco allotment which we also leased out to another farmer (we eventually sold the allotment to him).

In the early 1970’s we purchased a parcel of land on the East side of Elbon Rd to protect our landing approach, primarily. But when they finished construction of Caesar Creek Lake the Sate wanted to build a nature trail from the dam down the Caesar Creek gorge to the Little Miami River.Our newly acquired property bordered Caesar Creek on the North so we were able to negotiate a deal with the state whereby we got, if I remember right, $900 an acre for a cliff.

Our World War 2 vintage L-5’s were getting old and we had decided the best replacement would be a Pawnee. While we were pondering getting the money a timber broker showed up inquiring about our wood lot on the corner of Gard Rd and Elbon Rd. We made a deal with him and got enough from the timber to cover the cost of our first Pawnee. You can’t tell we cut down any trees today and in another 15 or 20 years it should be ready for another harvest.

There is an easement along the South side of our property that also paid off. The first payday was for a fiber optic line for which we received around $15,000. Then a company approached us to put a jet fuel pipe line in. They were going to run it between the Tank Farm and Airborne. From this easement we received somewhere around $28,000 .The company went bankrupt and never used the easement but we got our money up front. There is an existing gas pipe line on the easement that was there before our time.

Another financing plan that worked out was the glider storage buildings. They were paid for by the members who used them and in return received free rental for 12 years at which time the club took them over and started receiving rental.

Back in the 1960’s SSD became a Schwietzer dealer and for many years we were able to buy a year-old 2-33 from the Schwietzer school at our dealer discount price. We then sold an older aircraft, so CCSC made a little money, and at the same time upgraded our fleet.

This picture shows one of our Tri-Cubs of which we had five for towing gliders around the field. Incidentally, the Tri-Cubs were pretty popular with the kids as they were fairly fast. Bill Maxwell fixed that by gearing them way down and the kids lost interest. For many years after that Bill was our custodian of anything with a four cycle engine. He kept the Tri-Cubs running long after they should have been retired. He replaced at least a dozen engines on the Cubs over the years. We had a shed with a lot of hand lawn mowers too that he magically kept running. Members would donate old mowers that they couldn’t get working and Bill would get them running again. We suspected some folks dropped them off and took them home again after Bill had them running —but that was just a rumor.

When did Wednesday Crew commence operations?

Wednesday is an active day at CCSC. We fly every Wednesday that the weather cooperates, all year long. Generally there is also work to be done in maintaining the buildings, grounds and equipment. It is a time for fun. The day generally starts with breakfast at a local restaurant. Action moves to CCSC and after a bit of work, or flying or hangar flying it is time to eat again. Throughout the winter the Wednesday lunchtime soup feasts are great times for enjoying the good life.

The Wednesday crew stated in 1991, the year Bob Root retired. Original members who continue to set the pace: Bob Root, Pat DeNaples, John Antrim, Wally Dieter, Jim Hurst, Bill Maxwell, John Bernieke, Jim Price, Dick Eckles, Tom Bales and Bert Connelly. Original members who are no longer with us include: George Stillwagon, John Bennett, Mel Williams, Andy Anderson, Tom Hollerin and Stu Tresler. In 2014 the club honored this group for their important contribution and the inspiration they continue to be to other members.

More pictures provided by Bob Root for which captions and stories are needed. 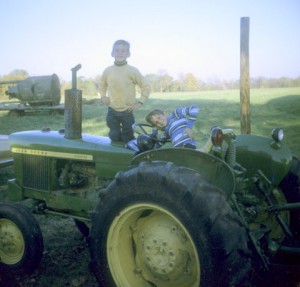